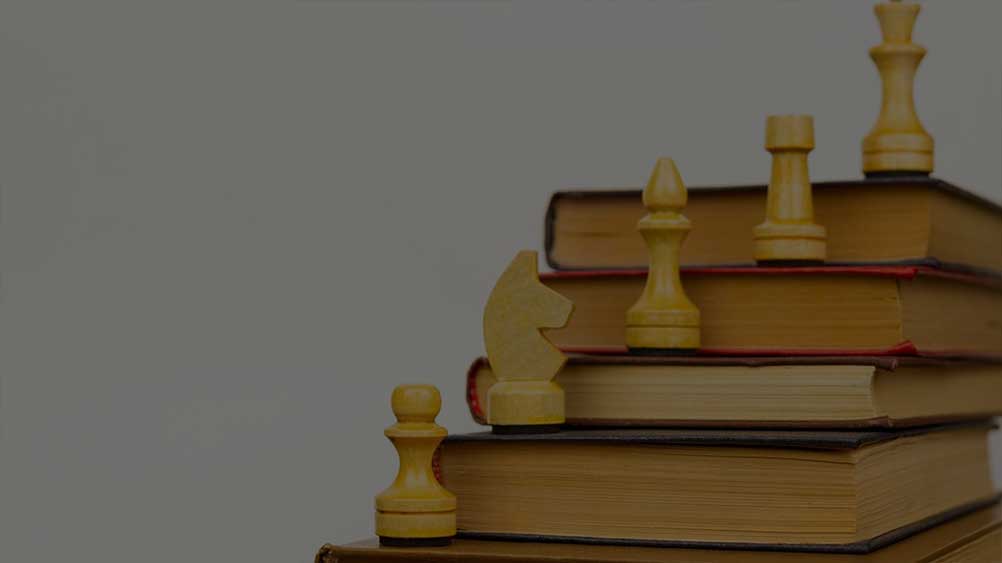 In this digital age when everyone is addicted to the likes of chess apps, DVD’s etc. many people still rely on chess books for their personal training and gathering knowledge.

The chess game is divided into three phases, the opening, the middle game and the end game. The chess books mainly contain a chess theory, which is as important to understand as practicing a chess game. Generally, prominent players, chess veterans are the one who authored the best selling chess books.

Though each and every book is unique and contain specific and important information, reading the entire collection of books will be impossible. With around 5000 books, the late GM Lothar Schmid had the maximum number of books in his private collection. But whether he had read them all, is something you have to decide.

Now, let’s go ahead with our top recommendations for 10 books a chess enthusiast or player should read in his/her lifetime.

Grand masters generally are not a great writer. However, Tal was an exception. Tal was a legend of his time as he was not only a great player but the book he wrote develops the great interest in chess.

One of the best sellers, this book use hundred’s of chess illustration of his games from 1949 to 1975. This book also covers the legend extraordinary career with charm and humor. Tal was so passionate about the chess that he continued to play chess even after his grave illness.

Tal became grandmaster at the age of 21 and won his first World championship when he was just 24 years old(1960). Read this books to know more about Tal’s quintessential personality, his rivalry with Booby Fisher, getting better with age and chess in the hospital.

2. My 60 Memorial Games by Bobby Fisher

Bobby Fisher was a greatest American chess player. This book is a worth read for players of any levels. It motivates and inspires you to study chess and get addicted with it.

Bobby Fisher won the world chess championship in 1972 at the height of cold war. This book shows how Fisher moved and his thought process throughout the game. A rare window into the mind of the greatest chess player.

The Zurich International Candidate Chess Tournament held in 1953 with fifteen strongest players of the world competing together in a round-robin contest to meet the then GM Mikhail Botvinnik for the World Championship.

This book is an extremely valuable for any chess enthusiast. It covers all 210 matches of Candidate tournament held in Zurich 1953. This book has high quality, big picture annotations and motivates you to analyze your chess game yourselves.

A great book to read the stories of greatest chess players. The author beautifully expresses the instructive manner of Botvinnik, the joy of the young Tal, and the tortured genius of Alvis Vitolins in a way that will make you think that you are in the same room with them.

This 2001 version book has 11 wonderful chapters related to greatest GMs of the time like Tal, Botvinnik, Geller, Polugaevsky, and the legendary trainer Zak are some of his subjects. This New Editon has two brand new stories.

Pawn is a potential Queen is a famous saying. It is an excellent book that tells you about most basic type of endings. This book provides you a quite thorough course regarding pawn endings, from basic to complex.

The book also has quite a few puzzles for the readers to solve. Studying pawns are the most effective way to work out your calculation skills. This book is quite advanced, so make sure that your chess skills are properly brushed before starting this book. Written by German authors Karsten Müller & Frank Lamprecht who won the British Chess Federation Book of the Year Award in 2002 for Fundamental Chess Endings.

A very interesting and instructive book for players of all levels. This book will make you forget Harry Potter since this is the real Sorcerer.

Written by Bronstein, a chess genius, this classic book uses the example of Bronstein own games to develop the chess skills of club players. This book includes 40 Recommendations for the Novice, 40 Combinations with Explanations, 50 Games with Comments, 60 Games with Diagrams, 70 Picturesque Games. Black and white photographs of David Bronstein and numerous diagrams.

7. Paul Morphy: The Pride and Sorrow of Chess by David Lawson

This is the best and most detailed biography of Paul Morphy. This book has sixty unannotated games of Morphy with some additional information. A great American chess player, Morphy was shy, a retiring lawyer who’s fully dedicated to the chess madness.

Written by David Lawson, he effortlessly researched the primary source, making the most accurate account available of Morphy’s life. The Pride and Sorrow tells the full story of Morphy from his privileged upbringing in New Orleans to his dominance of the chess world, to the later tragedy of his demise.

8. Art of Attack in Chess by Vladimir Vukovic

A great book for chess players, this is a classic for a reason. This book is best to learn the attacking in chess and you should have a good understanding of tactics and strategy before starting this book.

Written by Vladmir Vukovic, this is one of the finest chess book ever written, which explains the principle of basic to advance form of attack on a king. A study of this masterpiece will only add brilliance and more knowledge to any chess player’s game.

If you’re into the Soviet chess and want to dig more into the history of soviet chess sets, this book is a blessing in disguise. A good introduction to 20th century Bolshevik Revolution till the collapse of the U.S.S.R. in 1991, this is a magnificent work of an art where the author traces the phenomenal growth of chess.

From the devastation from World War I and II and from the golden era of Soviet chess in the 50s, the book includes 249 games, each with diagrams, most are annotated and have never been before published outside Soviet Union.

My System is a classic work of Aron Nimzowitsch which has been a bestseller among any serious chess player. This book contains around 419 diagrams and is completely modernized in the 1991 edition.

This book is good for a serious player who wants to go to the next level. Make sure your chess basics are strong as the critics say that it is quite difficult to understand in the first read. Nonetheless, the 50 illustrated games in part 3 are highly instructive and if this book has been read thoroughly, it can do wonders with your chess game.