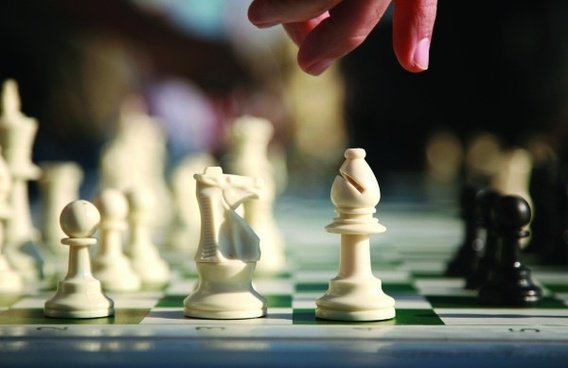 Chess can be a very complicated game; 16 pieces, all with different characteristics and traits, along with a limited move set mean that it can be quite challenging to learn.

So many people have set out to learn how to play, only to be intimidated by the mathematical execution and strategic mind necessary to win. Don’t worry: it’s really not as complicated as it looks!

Throughout this article, we’ll look at how you can learn how to play the game of champions – taking you all the way from a complete beginner to potentially the next grandmaster!

The first thing you need to know is how to play. How does each piece work? How do you win? Who goes first?

Now – to really understand the rules of chess (because there are so many!), we recommend picking up a book or two. You can find out our recommendations and a few product reviews just here. With that said, let’s take a closer look at how everything works:

There are two players – one player controls the white pieces, and the other controls the black ones. They each have a common objective, which is to attack (or check) the other player’s king.

In order to properly check the other king, you must render them trapped – meaning that they have no way to escape your oncoming attack.

Generally, this means that every square surrounding the king is blocked (or could be blocked on the next turn) by one of YOUR pieces – this is called a ‘checkmate’.

If you attack the king and they can move to safety, the game WILL continue; they have to be rendered immobile for the game to be won.

On your journey to check the opposing king, you’ll need to ‘capture’ your opponent’s pieces. To do so, you must move one of your own pieces onto the same square that your opponent occupies.

Each ‘army’ consists of 16 pieces:

The king is THE most important piece in your army, so it’s absolutely crucial to protect him at all costs.

Next, we’ll take a closer look at what each piece does:

The ‘front line’, as it were. The pawns sit in a long line, as if guarding your other pieces. They can move one square forward, unless it’s their first play, in which case they can move 2.

A pawn can ONLY capture other pieces by moving forward (one square) diagonally.

The knight is the only piece that can jump over other pieces. It must move in an L shape (either two squares horizontally and one square vertically, or vice versa).

Bishops can move diagonally for as many number of squares as you like.

Rooks can move any number of squares either forward or sideways, but not diagonally. They also move when the king ‘castles’, which is a more advanced chess maneuver.

A real powerhouse, the queen can move in any direction for as many squares as you desire.

The king is only able to move ONE square in any direction, as long as it isn’t being attacked by an opposing piece.

With all of this in mind, you’re set to take on the world of chess. Keep practicing, and you’ll be a master in no time.