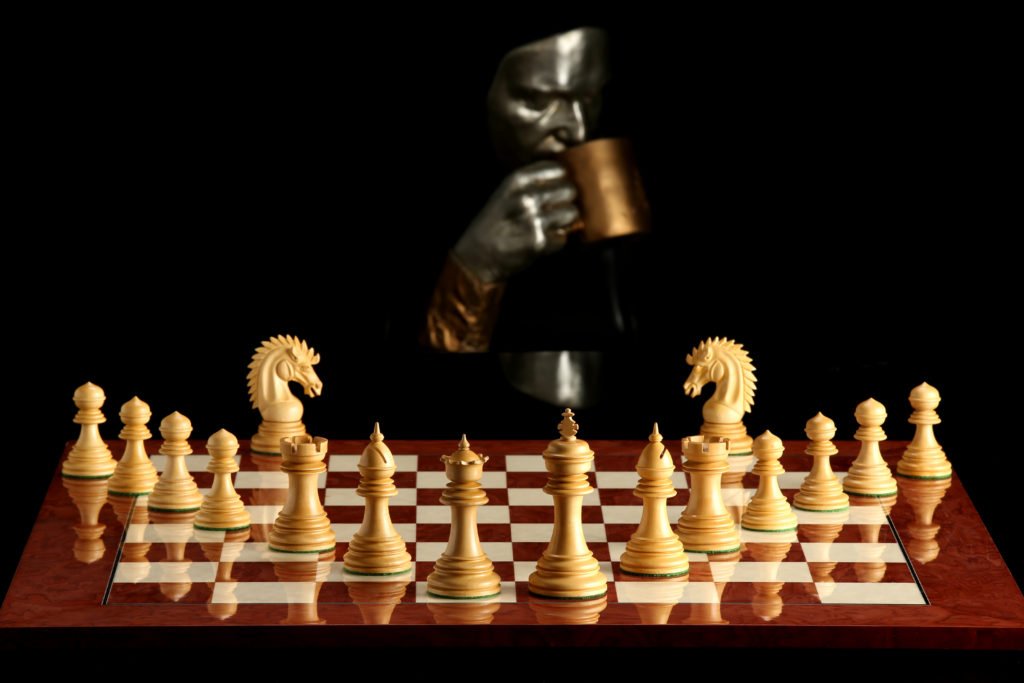 Chess is a competitive game that requires a great deal of cognitive skills and strategic thinking. Chess can be likened to a war game or at least something similar to strategically positioning soldiers to eliminate other soldiers.

Even in history, when chess was introduced to Islamic countries that were against gaming and gambling, they allowed chess because it was seen as a game that helps prepare for war.

Over the years, the question of what chess truly is has lingered for long. People do not know whether to classify chess as an art, a sport, or science.

We have some activities that fall neatly into definite categories – football is a sport, physics is science, drawing is art. Chess can be conventionally seen as a sport, art, and science combined.

The primary basis of the game borrows a leaf from each of the three categories.

Chess as an Art

Chess has different styles and schools alongside deft combinations and moves; a creative chess master can be said to possess a creative faculty similar to that of great philosophers and poets.

A lot of chess players have expressed their love for chess, and their descriptions are nothing short of artistic. Like a typical work of art, a chess play is beautiful, and it gets the players engrossed.

Chess has a flow about it that captures the attention of the player to the point that they become oblivious of their environment and lose consciousness of self, time, and their surroundings.

Chess is a prime example of focused activity, and both the logic of moving the chess pieces and the emotions attached are what make chess an art.

Chess as science is explainable when we view science as an objective and rigorous field. Some people believe that a chess player will always find the best move in any position; thus, throwing away anything that has to do with “chess psychology.” They believe that through rational deliberation, the right move will be made.

Science rhetoric asserts that by watching and studying the principles of chess, a player can develop short and long-term strategies. Now, are these beliefs, right?

We can all agree that a chess game presents the players with perfect information. The players can see the same things, unlike a game of poker or bridge where the players have unequal information.

For chess, they see the same thing; it now depends on them to make good use of what they have before them.

Chess as a Sport

Even though chess is different from the typical sports activities that mostly involve being active and physical, it still remains a competitive game.

A chess game can get highly competitive and bloody as pieces get killed for a winner to emerge. The competition can become cutthroat, and this, many players have cited as the reason why they love the game so much.

When a player loses a chess game, they feel terrible about it, and every top chess player enters every game with the mentality that they are going to crush and hurt the other person.

The game of chess is a mind activity that involves moving light wood pieces across a board. It can be mentally and physically demanding, depending on how the player approaches the game. However, one thing is certain; chess can be a sport, art, or science.