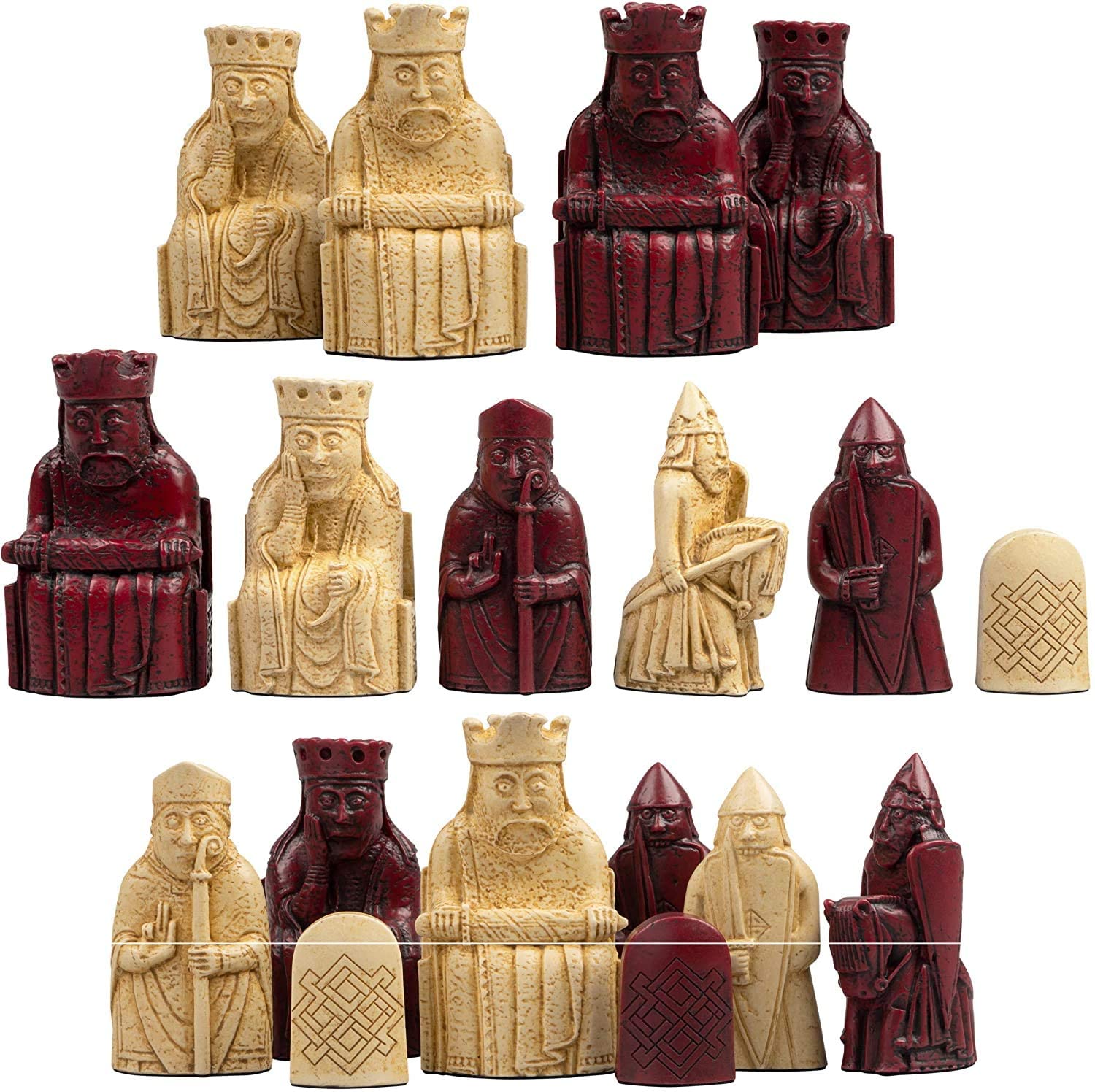 Are you interested to know about the connections between Western Scotland and Medieval Europe? Yes, this is about some fascinating history of chess. We are today discussing the most exclusive and ancient chess collection- Lewis Chess Sets from the Scottish Island of Lewis. This amazing piece of information will be a revisit of the 12th Century and of course, our suggestions are worthy of your purchase.

These chess pieces were discovered by a local Shepherd in a chamber of dry-built stone. This is one the oldest complete set ever found so this is why Lewis pieces are displayed in the British Museum as well as the Museum of Edinburgh. This is the reason why Lewis chess sets become popular and still, their replica is sold. People love to own a little of such an amazing history themselves. 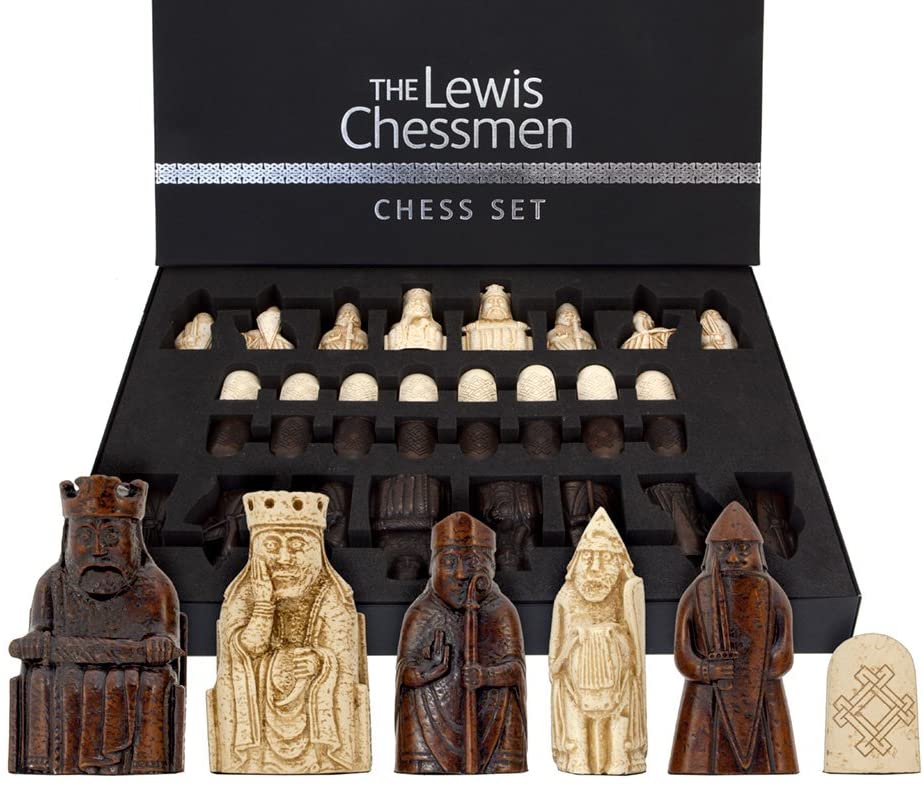 This chess set is an iconic legend replica that has a 3.25” inches tall King with 2 inches diameter. This historical weighted chess set weighs around 129.9 grams. The manufacturer’s recommended age is 36 months to 50 years, which is quite impressive. The total dimensions of this chess set are 4.72 x 4.72 x 4.72 inches.

This is an awesome ancient and popular chess set that is an absolutely precious artifact to own. Check it out now.

These precise replicas of Original Lewis Chessmen will leave you awestruck. Made from the highest quality stone resin- This chess set is an amazing artifact to add to any collection. It has a 3.25” inches tall King and Get two years of warranty on this amazing carving of creativity. This set has dimensions of 21.26 x 1.97 x 11.81” inches and perfect for the chessboard size- 20 to 24 inches.

PS- There are 4 queens in this Lewis Chess Set. Feel free to check it out on Amazon and we are sure you will like it a lot. We personally love the box it comes packed in.

Lewis Chessmen or Isle of Lewis Chess set is renowned after the Island they are found in the 12th Century. This was made from the Walrus Ivory and is considered one of the most ancient complete chess set found in Scotland. 82 pieces are owned by the British Museum and the National Museum of Scotland owns 11 pieces from a total of 93 pieces which were found.

This was discovered precisely at the Camas Uig in early 1831 by the Malcolm Sprot Macleod from the township of Pennydonald. These chessmen were purchased by Sir James Matheson in the year 1844. They evicted the man who found chessmen and his family as well from the town.

It is considered that these chessmen were created at the Trondheim, Norway from the Sperm Whale tooth and Walrus Ivory. The height of the chess set is about 60-100 mm.

Either you wish to visit the museum to see this glorified Isle of Lewis and explore history more- Or, you can purchase the perfect replicas suggested above. You will have a good time knowing about Lewis Chessmen and playing with this super functional ancient chess set.