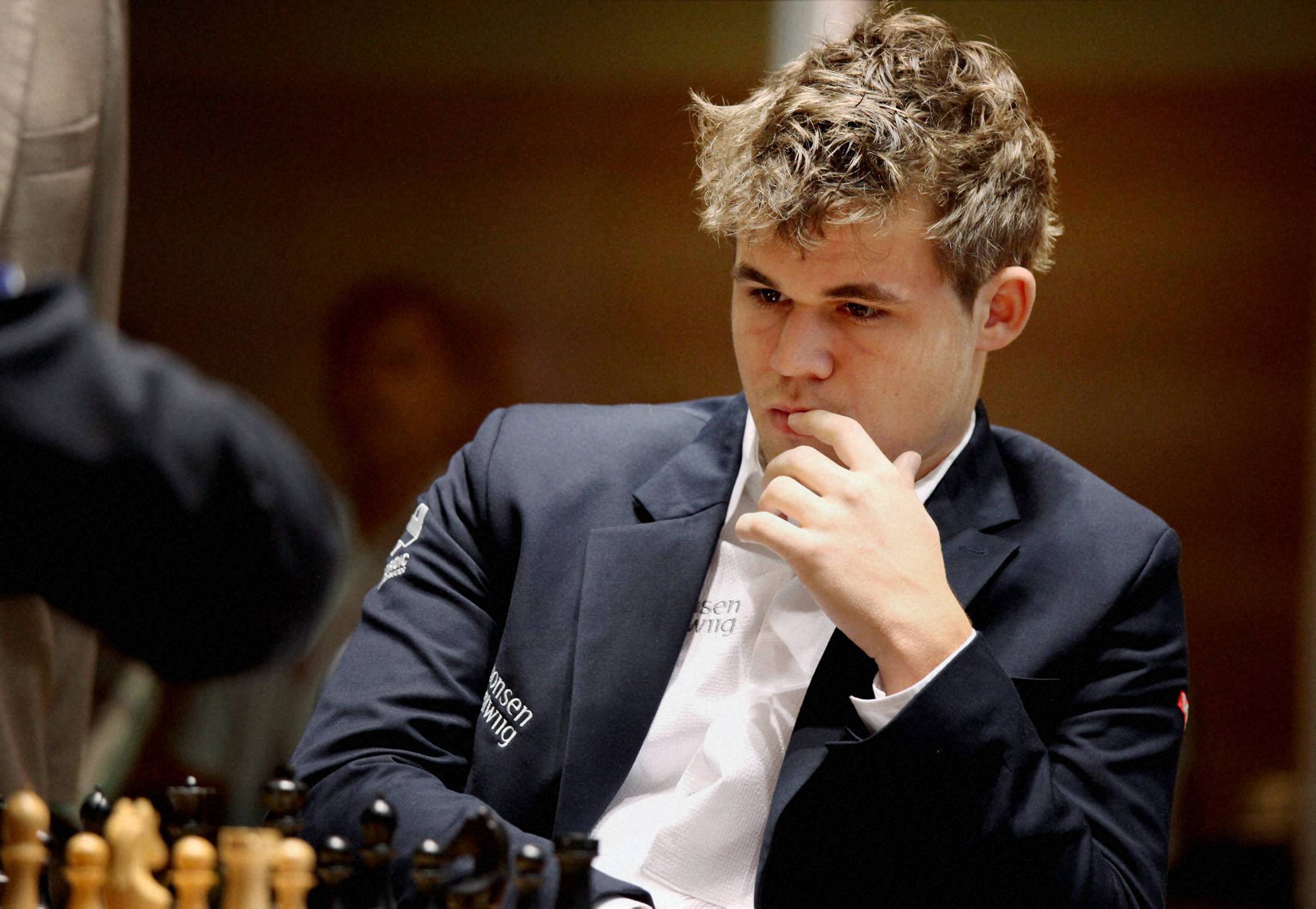 Magnus Carlsen, the reigning World Chess Champion, was born on 30th November 1990 in Norway. His parents, Sigrun Øen and Henrik Albert Carlsen noticed that their son has a special ability for intellectual challenges at a young age. He was gifted with an exceptional memory and could solve puzzles intended for kids aged 12 to 14.

Being a keen amateur player himself, his father introduced the game of chess to Carlsen at the age of 5. Chess didn’t appear to be an appealing game to Carlsen until he decided to beat his elder sister at the game. He improved his early skills by practicing on replaying the game and moves taught by his father. Also, he read his first chess book ‘Find the Plan” by Bent Larsen that helped him to refine his skills.

Simen Agdestein, country’s top player and Grandmaster, coached Carlsen at Norwegian College of Elite Sport. During this time, Simen’s guidance helped Carlsen to hone his skills. In 2000, he participated in his first-ever Norwegian junior teams championship. He played against top junior players and scored  3½/5 and a performance rating (PR) of 2000.

Carlsen tied for first place in the World U12 Chess Championship. In 2004, Carlsen made headlines after his victory in the C group at the  Corus chess tournament scoring 10½/13 and losing just one game. His victory qualified him to play in B group in 2005 which led him to get the title “the Mozart of chess”. Soon his accomplishment attracted Microsoft and the company sponsored him. Since then, his journey to win chess tournaments and titles began.

Carlsen won the 2013 Candidates Tournament held in London on tiebreak. This victory earned him a right to challenge Vishwanathan Anand for the World Champion. He was much younger and less experienced, but he easily handled the pressure. By taking advantage of one small mistake made by Anand, he won the game. Hence, he became the 16th World Champion in 2013 by defeating Vishwanathan Anand.

Besides this, he is the current World Rapid Chess Champion and  World Blitz Chess Champion. Playing chess since 1999, Carlsen has played more than 2500 games. His performance rating of 2882 is the highest in the history of chess.The Norwegian chess grandmaster has achieved many milestones including a 101-game unbeaten streak set.

The most amazing part is that Magnus Carlsen has achieved success and created history in a small period of time. Dominating the highest level of the game, he performs incredibly better than his previous games. Achieving success at such a young age is no less than a wonder in the Chess world. Carlsen is truly a genius and every chess lover is eagerly looking forward to witnessing him surpassing the 2882 mark.